How to describe the 10 days that transpired between March 20 and April 1?

I think my Facebook status update described it best: If you pretend it’s Christmas break instead of Spring break, the feeling of claustrophobic desperation subsides. Imperceptibly. Pass the m&ms.

Having a blast! Wish you were here!

Yes, we are nearing the end of Spring Break 2014, or ‘Break from Spring’ as I’ve taken to calling it, or ‘Sprinter Break’ as the ingenious Gort dubbed it. ‘Because the s-p-r-i-n is part of spring and the i-n-t-e-r is part of winter,’ he explained it to me. Right after he said ‘it’s nice that we got two winter breaks this year.’

Always looking on the sunny side.

Courtesy of the professor’s employ at a Canadian university where the academic year ends in April, we spend the boys’ Spring Break’s looking for sun in all the wrong places, aka Calgary.

This being the sixth consecutive ‘Spring Break’ we have hibernated in the frozen tundra, one would think I might be used to the drab skies and the cold…..and the (freaking) snow. But one would be (very) wrong. If anything, I found myself saying (out loud) on numerous occasions ‘well, how about I go to Hawaii by myself and you guys can just stay here.’

Because a vacation for one is practically affordable, the professor wouldn’t miss any classes and the boys can surely fend for themselves during the day if the wii is plugged in and I stock the house with enough boxes of cereal and loaves of bread. (And apples and carrots just to ward off scurvy.)

But alas this isn’t about how I hopped on a plane bound for Honolulu and came back rested, with a tan.

No, this is a story, about (mostly) 4 people, living in a small white house, who hardly left the little white house for 10 days, played Just Dance on the wii and fought for 8 hours of every day.

The boys’ obsession with Just Dance began in February when the Hen came home from school and asked if he could watch Just Dance on youtube. And suddenly their after-school routine evolved into fifteen minute stints spent jumping around the basement whilst singing ‘What does the Fox Say’ and ‘Call me Maybe’ or fighting about who should do what in ‘The Final Countdown.’

And, because it’s the Johnsons, there has to be some drama. In the name of Percy. Who doesn’t participate in any of the ‘just dancing’ but likes to follow along on the wii tablet. And, occasionally, at the most crucial parts of his brothers’ participation, turns off the game. Just like that, with a ‘what?’ look on his face, as though he has no idea what he’s done.

I’m pretty sure ‘hell hath no fury……like a boy scorned by his baby brother while playing on the wii.’

‘So, are you going to turn off the wii next time Gaga plays,’ I lectured-warned the naughty brother? He was quiet. ‘Well?!’ I demanded, waiting for contrition or at least a false promise of future goodness.

‘I’m thinking about it.’

Of course, we didn’t just play on the wii, we did other stuff too. 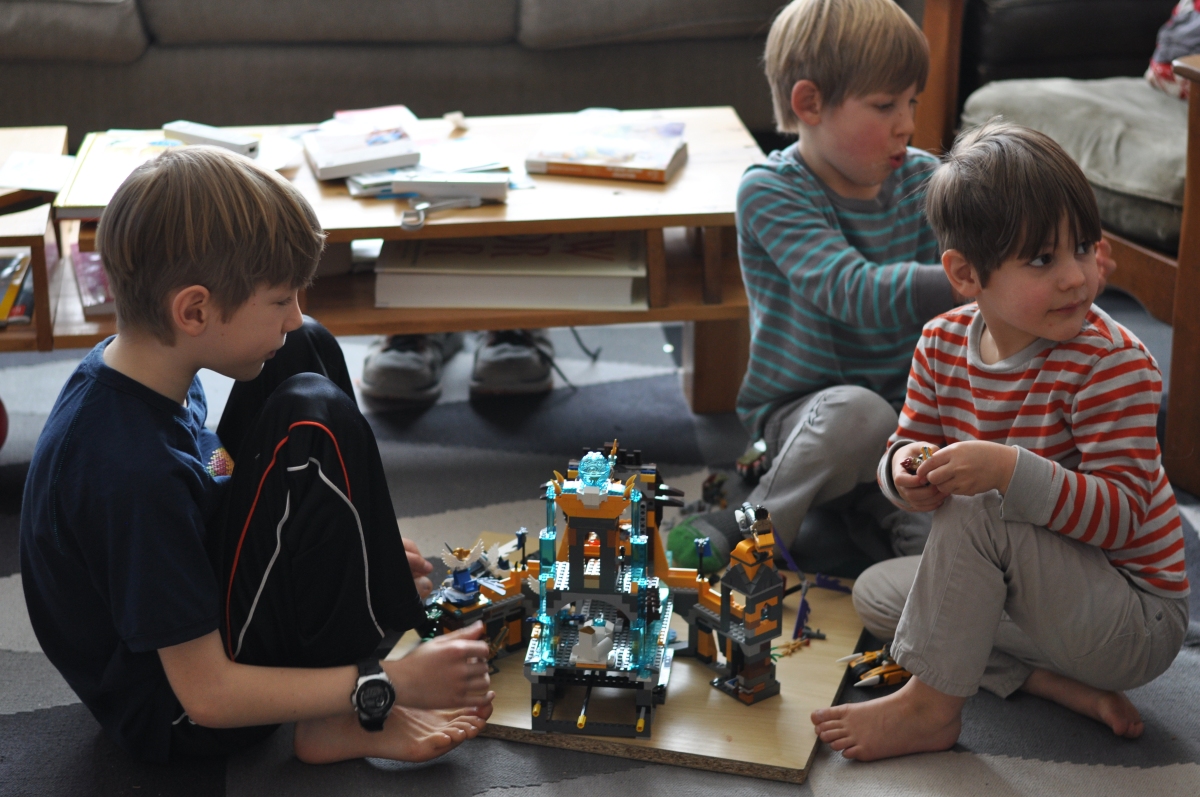 We ran in the snow. Which I can honestly say I’ve never done before. We actually did it twice, because 10 days is a long time…..and it kept snowing. And I had the brilliant idea that the Gort and I should ‘train’ for a 5K race in May. Which is six weeks away. 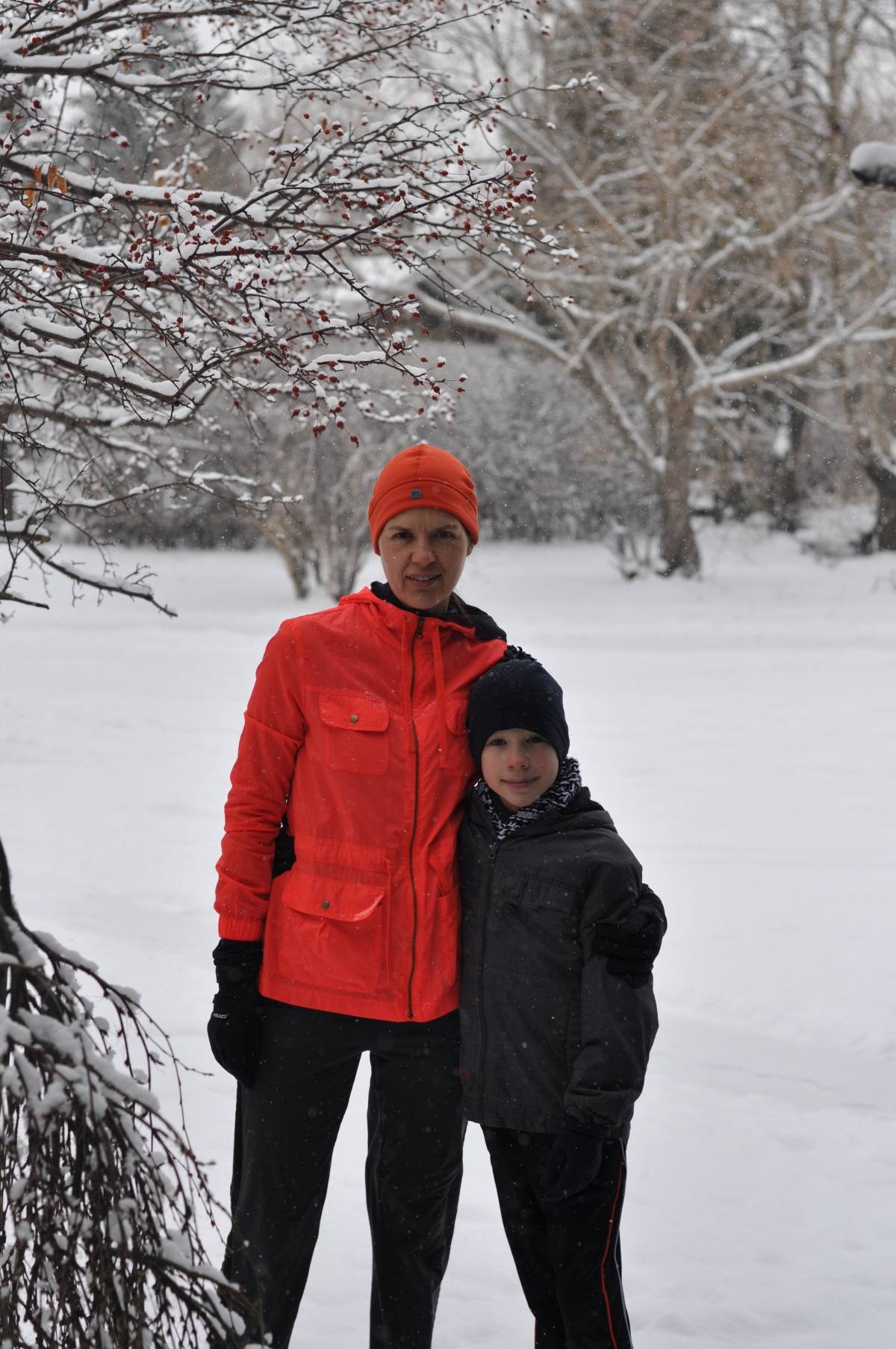 We played in the snow. But only once, because we’re kind of done with snow by now.

The boys disappeared into the bathroom for a while and came out smelling overwhelmingly like their father’s CREW pomade. 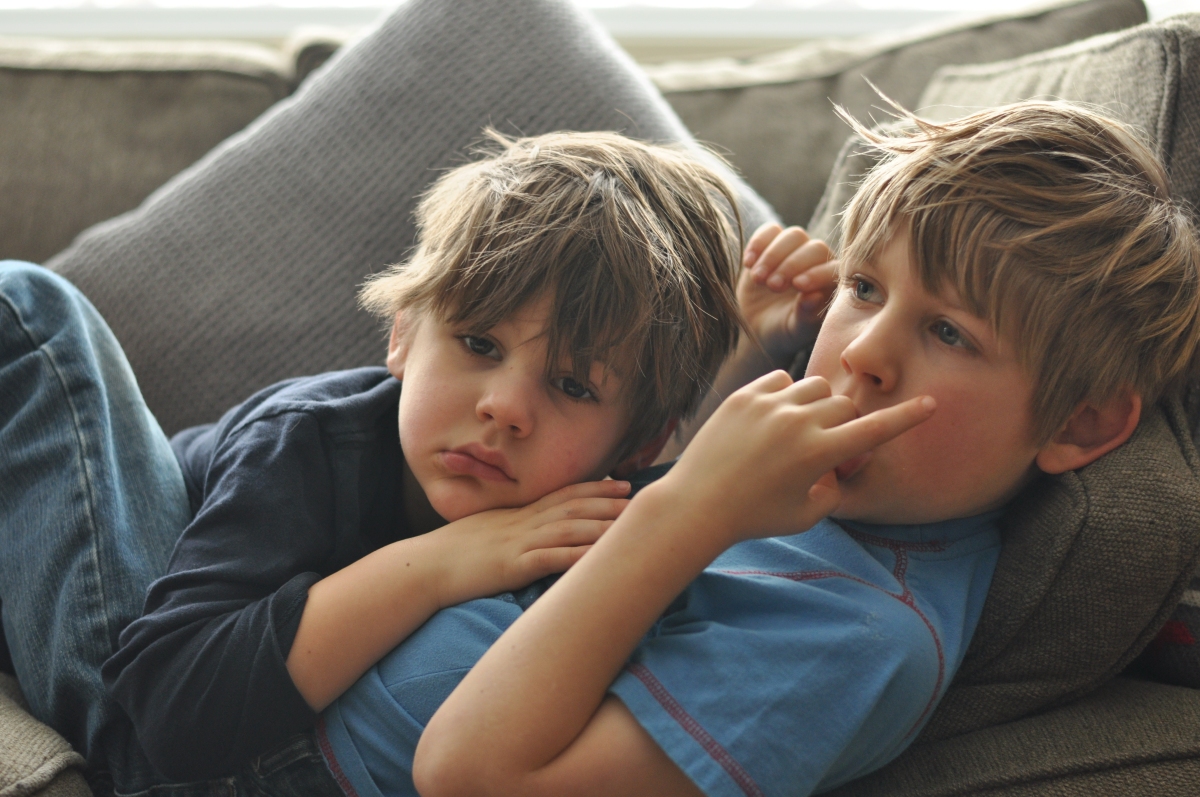 We also went to a birthday party with still-unwashed gelled hair and came back with alien face paint which a wet washcloth only partially removed. Meaning Percy will likely finish Sprinter Break 2014 with pale green cheeks and greasy hair.

On the bright side, we did not get a sunburn, nor did we endure gastric distress from ill-prepared food, and our credit card was sans fraud. We also did not suffer the soul-crushing disappointment that often occurs when one experiences a warmer foreign climate temporarily and returns to the (much colder) home climate, permanently.

‘Cuz we’ve been here all along.