‘What goes up, must come down’ Newton discovered many moons ago, and so it follows that ‘what drives to Indiana, must drive back.’ Unfortunately. After half a day of organizing and shoving our [increased!] belongings into the van, and squeezing in a bit more time with family, we headed North. West.

Sometimes, usually on the first day of the drive, I keep a car diary; jotting things down as they happen, keeping track of the time, recording gems uttered by the Johnson boys. Due to my short attention span, however, I tend to abandon the diary after a day or two. So now, whenever I open one of my notebooks to write down a recipe or make a list, I’ll inevitably find a couple of diary entries from one of our five epic roadtrips; coming across random mentions of ‘Billings, Montana’ and ‘regrettable purchase: wind-up alligators’ that I’m still too traumatized to read.

8:01am – Depart brother and sister-in-law’s house. Drive to Starbucks. Put air in tires. Find solace in a song ‘We’re all castaways in need of rope’ [Josh Garrels, Farther Along] and ‘inspiration’ in a Dove Promise (that’s a piece of chocolate with an inspiring foil wrapper for the Dove-less Canadians): ‘Renew your sense of discovery.’ Check, and check!

Stop for sunflower field just outside of Converse. Another ‘I saw it on Facebook’ inspired itinerary stop. Of course, when you stop at a field of sunflowers before 9 in the morning, you’re going to find a bunch of droopy, poorly lit flowers that are hardly worth admiring, much less photographing. 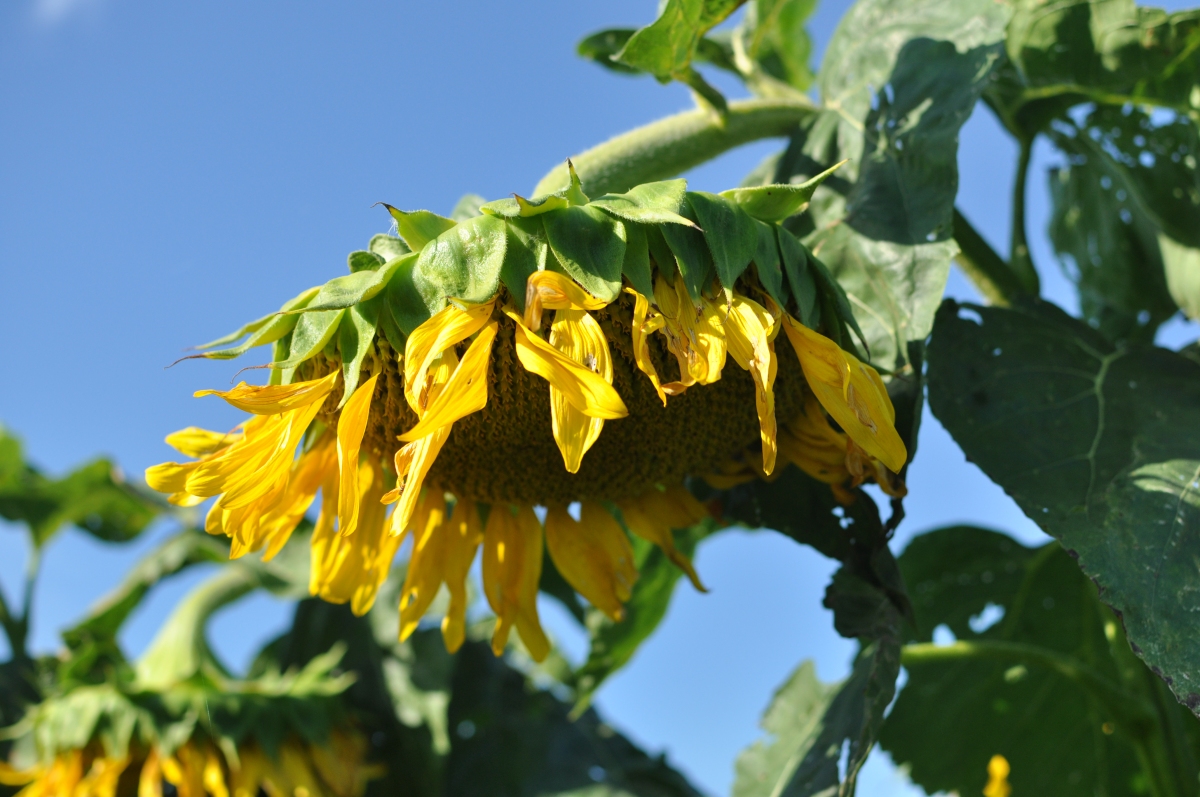 Professor has meltdown about Elgar’s Nimrod Variation on the ipod, pretending to poke his eyes out, and opening the window, as if he can’t breathe. I’m not sure why our children are so dramatic.

The Lumineers are on again. UGH. So glad the professor purchased their album from itunes for our ‘trip music’.

We compromise with Brandi Carlile and First Aid Kit.

10:57am – Waiting outside the Chipotle Grill in Merrillville for it to open at 11:00am. Perfect timing.

11:01am – Realize we’re in a different time zone (though we’re STILL IN INDIANA and it’s actually 10:01am. No Chipotle for you!

11:30am (with time change) – Realize we missed the I-90 exit for Madison and are actually heading to Milwaukee on I-94. [The route that’s 25 minutes longer.] Momentary setback. ‘You know what IS on I-94,’ I try to make lemons out of lemonade. ‘Fine, if you want we can go to Apple Holler,’ the professor relents. Because seventeen years of marriage occasionally allows you to read one another’s mind. ‘And the Jelly Belly Factory! You like jelly bellies…..’ I persist. ‘I like jelly bellies, I do not like the factory,’ he shuts me down.

12:01pm – Arrive at a $2.80 toll with only $2.10 to pay and they don’t take credit cards.  The professor tries to hand the guy Canadian money. As if he won’t notice that the quarters aren’t quite the same? ‘No offense to Canada, but we don’t take their money.’ He hands us a paper and orders us to pay the toll online within 7 days. [Presumably using the credit card they couldn’t accept?]

12:13pm – Pass the Mars Cheese Castle off I-94, a designated a ‘fun stop’ according to the National Geographic Kids’ Atlas on my lap. The professor is not convinced. ‘That’s a truck stop shaped like a castle,’ he grumbles and keeps driving.

Stop at Apple Holler, which we’d last visited in 2007 with a 3.5 year old Gort and a 2 months-old Hen. Apparently inflation has hit it hard, because they now charge $6 for a kid’s hot dog [meal]. I can’t wrap my head around paying $18 for 3 hot dogs – even if it comes with a beverage and a side of cinnamon apples. ‘Can I just get the hot dogs, not the kids’ meal?’ ‘We only have it on the menu as a kids’ meal,’ the waitress replies. ‘But is it possible to just get the hot dog and not the meal,’ I persist. ‘Sure, we can do that for you.’

And, when the bill comes, I find I’ve been charged $18 for three hot dogs. 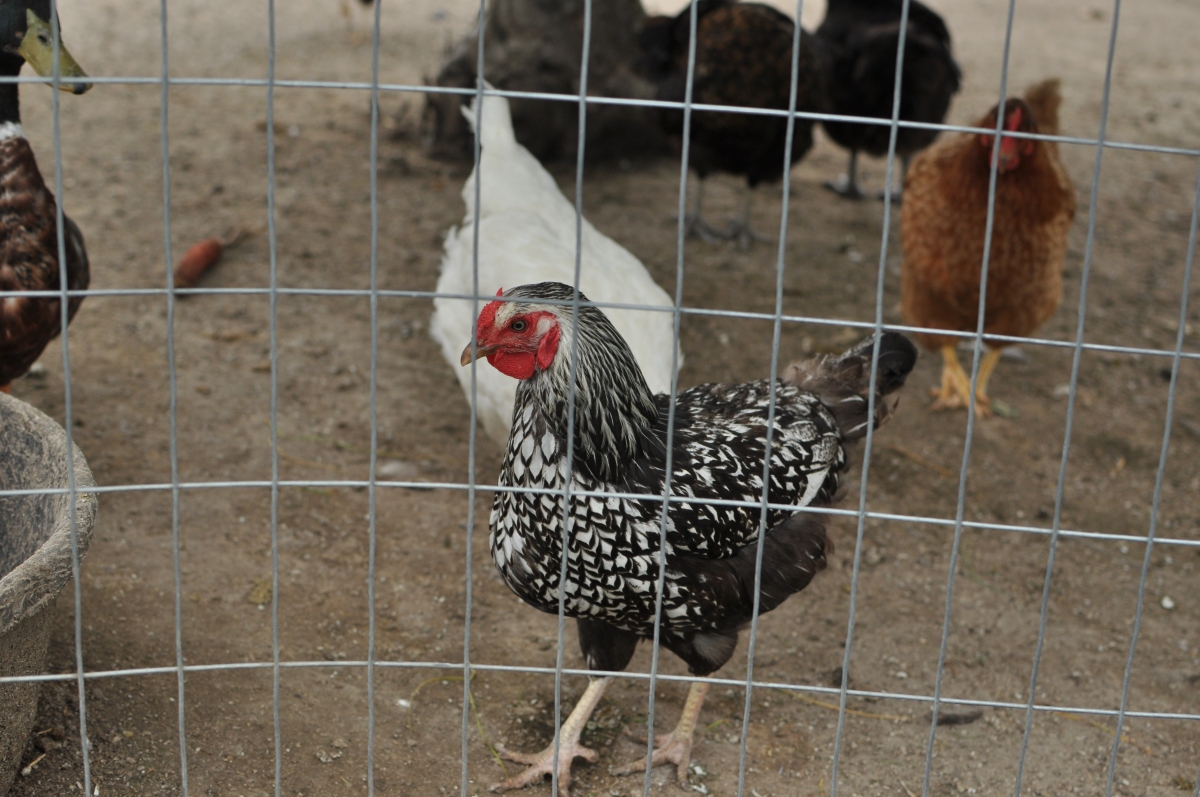 2:21-3:19 – Somewhere between Milwaukee and Madison,the boys and I crash; slumped into piles of exhaustion, we try to nestle into our un-bed-like captain seats. 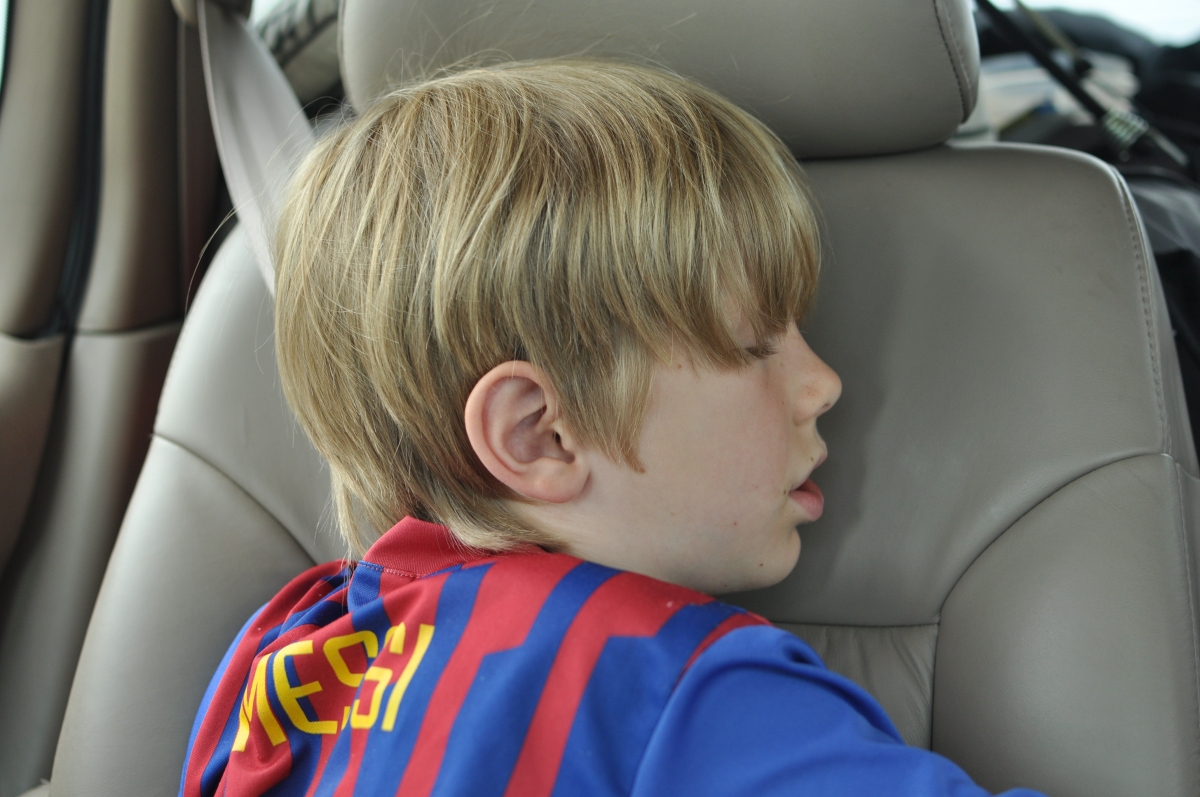 7:30 – Arrive at the Country Inn & Suites in Woodbury, Minnesota. The earliest we have ever gotten to a hotel on the road. It is still DAYLIGHT. We eat dinner at the adjoining Green Mill restaurant. We play in the Y-shaped hotel pool. And we are all in bed by 10ish.

The next day we drive to downtown St. Paul to obtain a copy of the professor’s birth certificate. Finding the place (building numbers and street numbers don’t correspond) turns out to be more time consuming than ordering the certificate, waiting for it and paying for it. 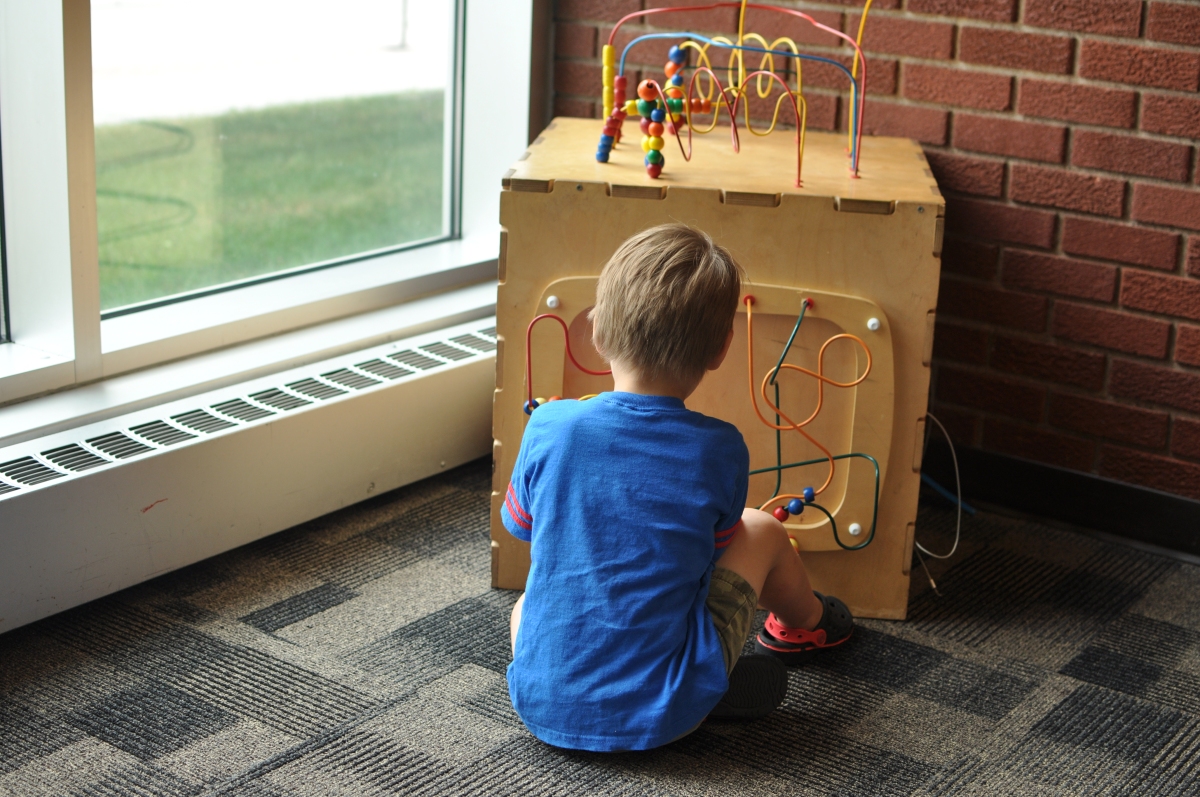 We’d decided ahead of time to spend a few hours in ‘The Cities’, to do some fun things with the boys. In true Johnson fashion, we didn’t actually plan anything out, other than a stop at the Mall of America’s Lego Store. So that morning I’d googled ‘fun things to do with kids’ and somehow we ended up at Como Park in St. Paul right when it opened. It turned out to be another trip highlight, with its small (uncrowded) amusement park, zoo, and gardens. 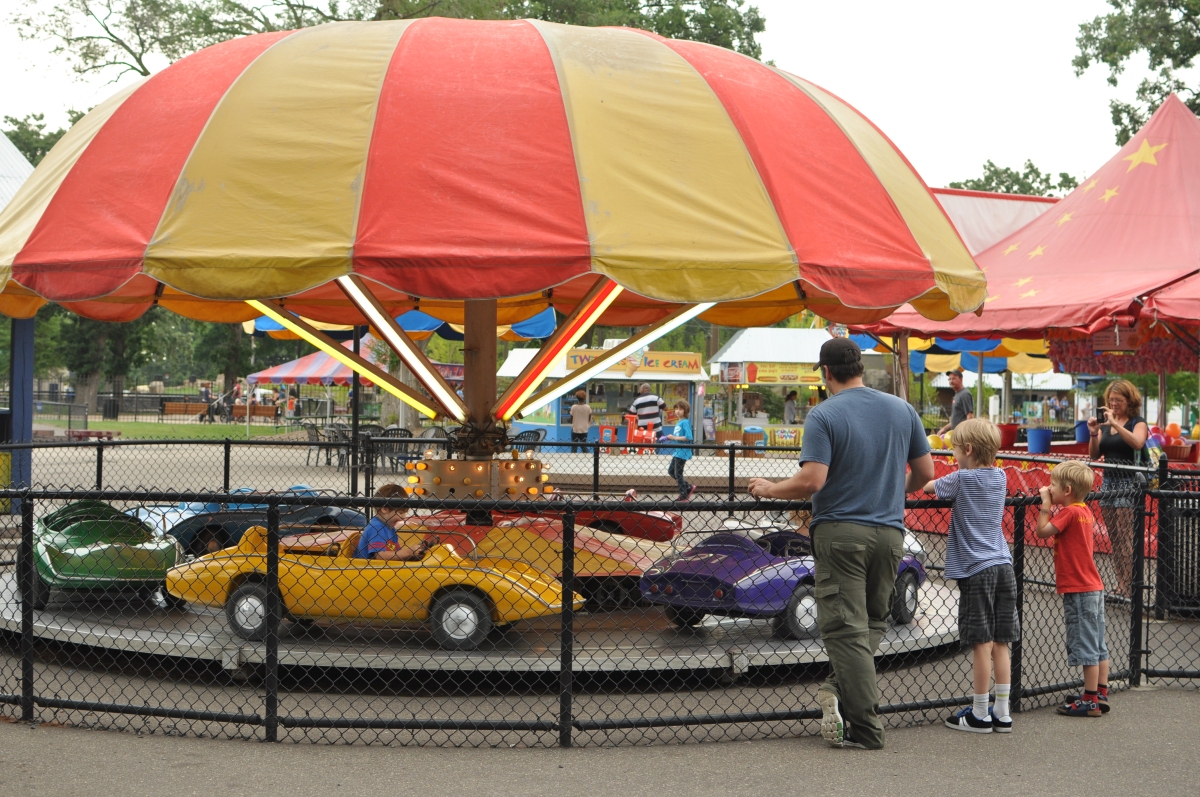 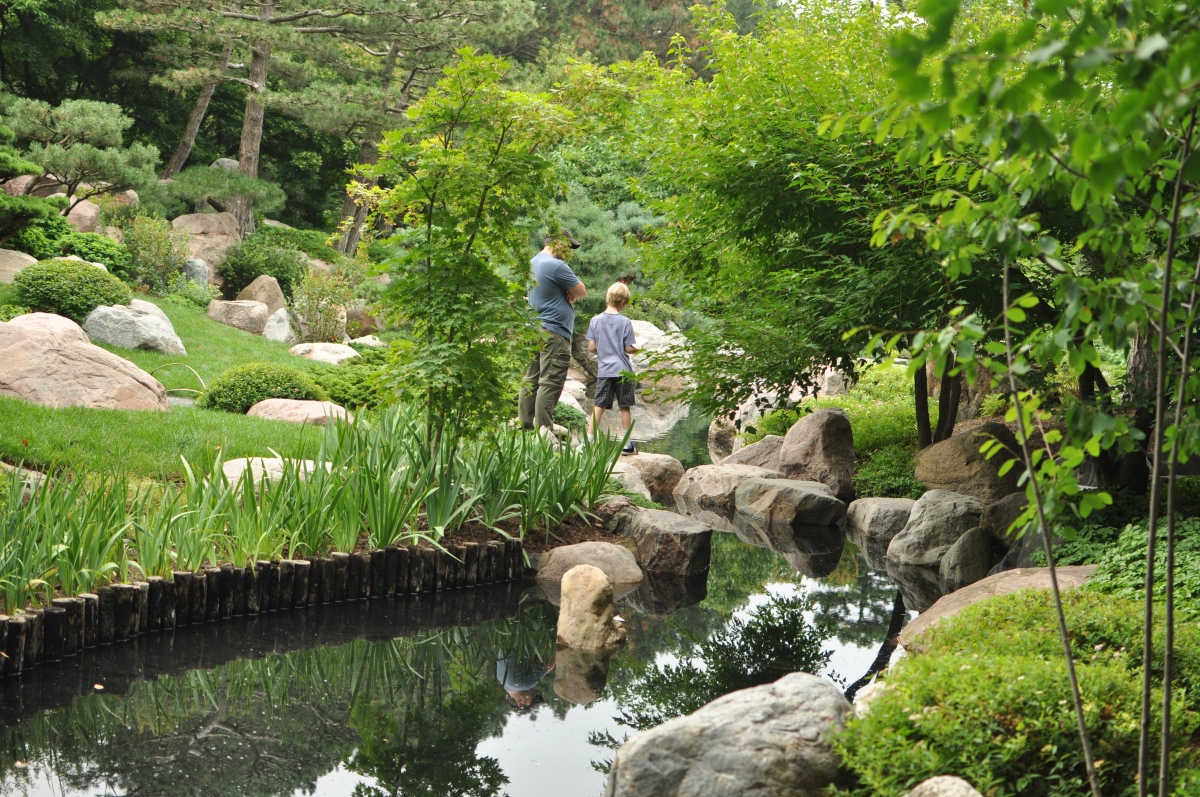 A couple of hours later, as we drove on to Minneapolis for cinnamon buns at Isles Bun and lattes at Dogwood Coffee, I marvelled to the Gort about our familiar surroundings: ‘isn’t it crazy, mom and dad used to live here!’ My precise child wasn’t convinced. ‘I wouldn’t say it’s crazy,’ he disagreed. ‘Okay, maybe not crazy, but isn’t it interesting,’ I tried again. ‘It’s not really interesting.’ ‘Then what is it?’ I demanded. ‘It’s kind of…boring.’

We stopped at another favorite spot, the Sculpture Garden, before driving to the only place the boys cared about visiting: the Lego Store. 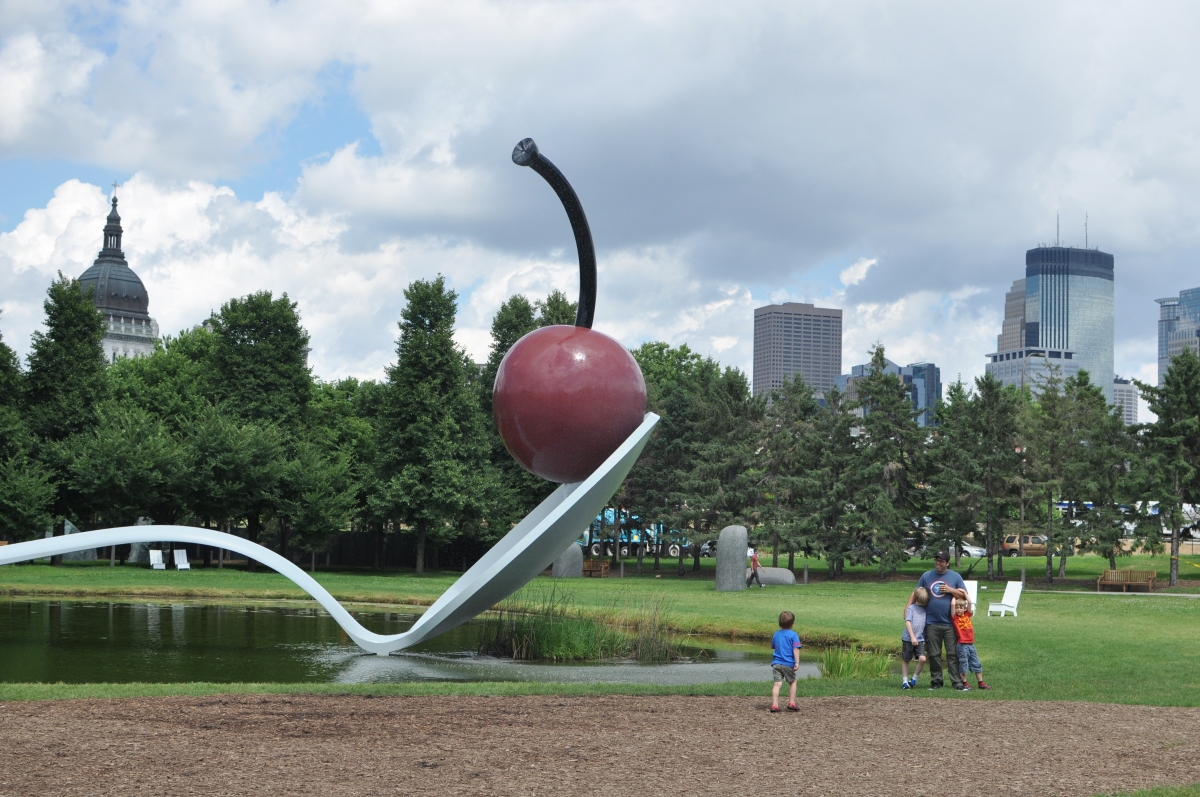 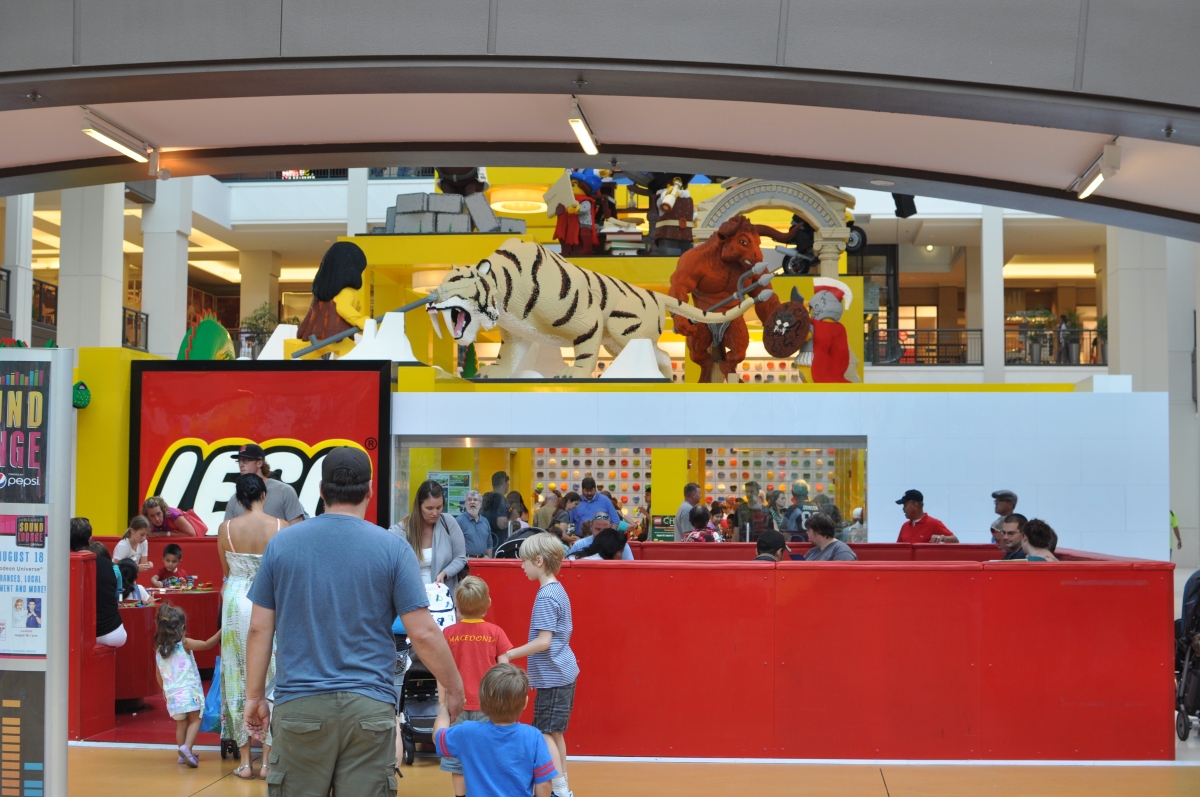 When we got back in the car, 494 was slow with traffic, and it was almost an hour before we got out of the city on our way to Bismarck. The fun we’d had would negate our late arrival, but there was no denying the next day, and its almost-900-mile drive to Calgary was going to make us forget whatever fun we’d had.