Whoever dubbed soccer ‘the beautiful game’ was perhaps referring to the way skilled players seem to dance with the ball as they move it across the field; the fast yet delicate way their feet nudge and guide as they try to keep the ball away from their opponents’ reach.

Whoever it was, and for whatever reason they chose those words, they certainly did not coin the phrase while watching a soccer game played by the six and under set.

In that case they might have used the phrase ‘the hilarious game’ instead.

On Monday night, we parents of the U6 Blue Sharks gathered at the sidelines of Turtle Hill to watch our would-be David Beckhams, Mia Hamms and Thierry Henrys in action.

The result was a pack of pint-sized individuals seemingly glued together, unable to separate despite their coaches and parents’ ardent attempts to encourage them to spread out. ‘Spread out,’ we yelled, followed by pictionary-esque hand motions for those who don’t understand what ‘spread out’ actually means.

Still, they clung to each other.

The professor, acting as coach, could be seen lifting players in the air and redirecting them to the correct goal, carrying discarded sweatshirt jackets, tying laces, begging kids to throw in the ball from the sidelines in less than five minutes, and doing his best to convince distracted subs to return to the field. 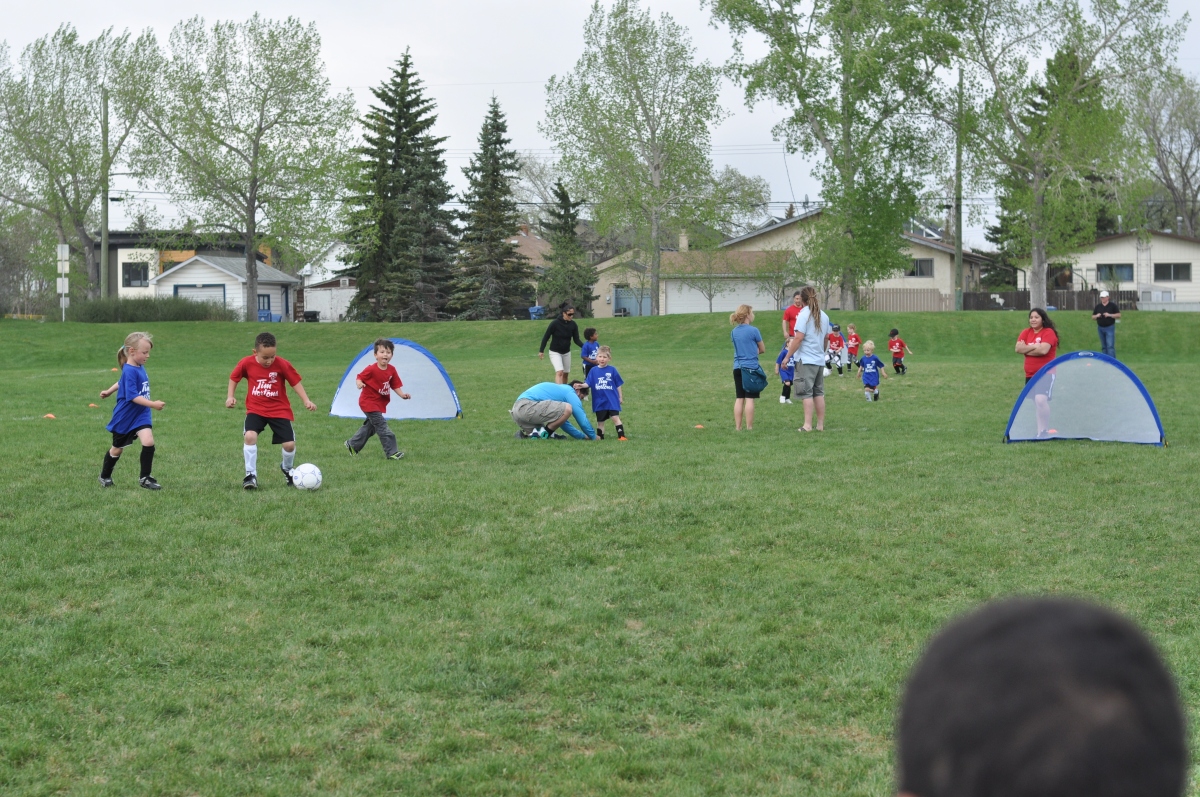 The parents took it all in, howling with laughter, as some kids wandered off in the middle of the game, one player kicked the ball into the opposing team’s goal, and a few Sharks stole the ball….from their own teammates.

The Hen, meanwhile, played as if David Beckham himself had anointed him at the start of the game. He was running like a madman – tongue sticking out of his mouth in concentration, stealing the ball (occasionally from his actual opponents) and, aided somewhat by the downward slope of the field, sending the ball to the goal more times than I could count.

It even went in, once.

We drove home in the rusty Venture, feeling fine; the Hen suddenly enamored with his lucky number 11 shirt. ‘Can I wear this tomorrow?’

4 thoughts on “The Beautiful Game”