Alternatively titled: Cause and Effect

Getting up fifteen minutes before school starts….three times.

Cookies made from whole wheat flour because I wasted all the white flour….on homemade playdoh. ‘They’re……okay,’ was the verdict.

Birthday cake with frosted marshmallows. Try frosting them ten minutes before you have to pick up the kids for optimum anxiety attack.

Letting Percy nap from 3-5pm so I could deal with seven older boys running around the house whilst throwing food, removing their shirts and generally destroying the place.

Boys running barefoot on the deck while it sleets-hails.

Percy gets a cold.

Grocery shopping on a Saturday night, whilst wearing an extra-large orange man’s shirt used for painting. 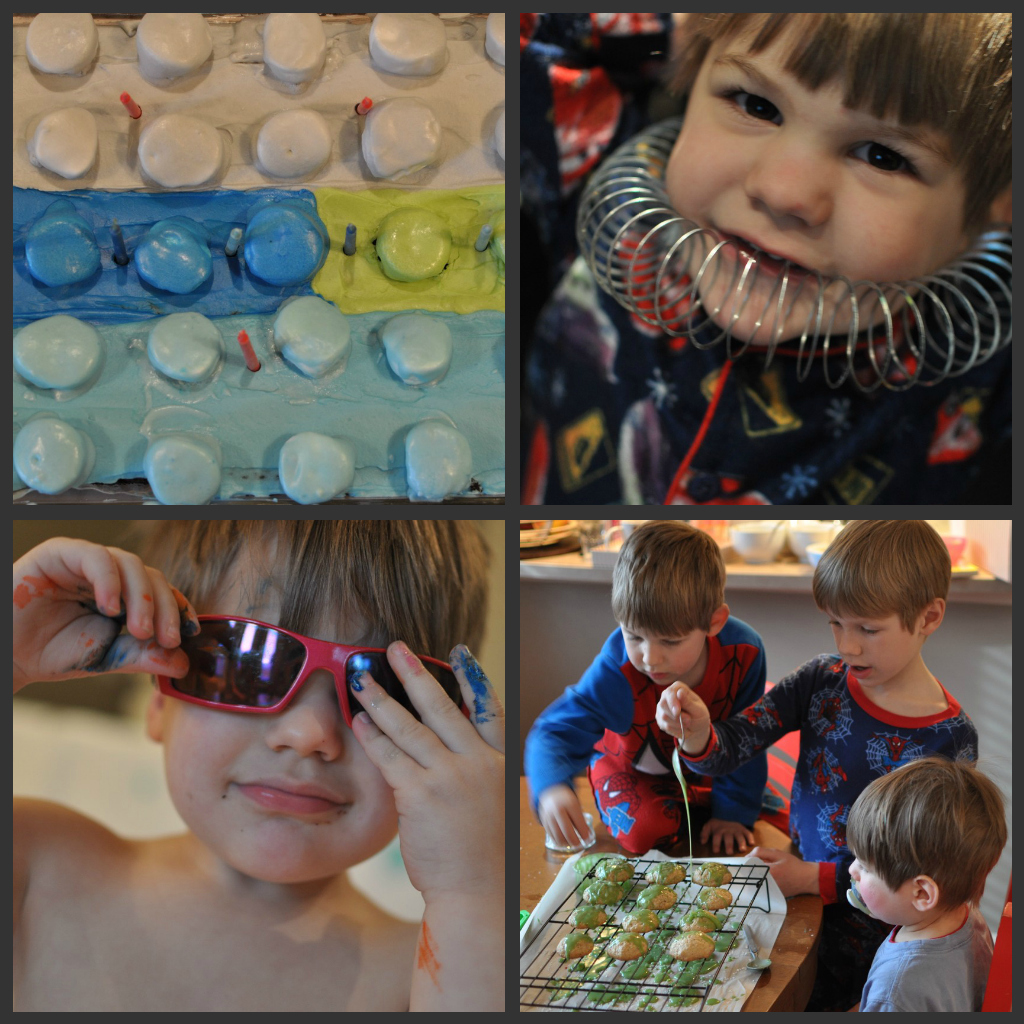 Next week has to be better.