When we woke up in the decidedly unfashionable Comfort Inn in Bozeman, there was a (barely detectable) sense of excitement in the air.

It was the day we would drive home. We would not stop at any tourist attractions. We would not drive hours through National Parks. We would go directly to Calgary. Tout de suite.

The boys had been saying ‘I want to go home’ for three days. Even Percy was getting in on the action: ‘I wan go home’. Though I seriously doubted he knew what the phrase meant.

We packed our suitcases for the eleventh, and final, time. And then we were off. Neither the professor or I wanted Google to tell us just how many hours we’d have to be in the car. We preferred to let our minds do the guessing. Surely it would be less than 10 hours?

Before getting in the car, the professor asked the hotel desk clerk if there was a Starbucks in town. Because their Allegra freshly brewed coffee had smelled…..scary. There was a Starbucks, but it was clear on the other side of town. We would not be delayed in our final push towards the Calgarian summit.

So we went without.

Until we got to Helena and saw the friendly green and white circle calling to us from one of the town’s billboards. We stopped and procured iced coffee and vanilla milk for the boys. ‘Should we buy another copy of the New York Times and pretend we’re going to read it?’ the professor asked. ‘Sure.’ I sighed. Anything was possible on this last day. Perhaps we would read the paper, even though we’d gotten a copy precisely one week earlier en route to the Pokagon State Park, and never made it past the front page.

But when the professor looked at the date on the newspaper, he recognized it as being one week old. It was the same paper we’d bought in Indiana the previous Sunday.

Since we were already stopped, we decided to go to the Target in Helena. For one last shopping excursion. The boys spent an hour in the toy aisle and then it was time to go. Not really the kind of shopping excursion I’d imagined.

I wanted to see how ‘done’ he was with traveling.

We got to the border crossing. I feared it was going to be the day the entire car would be searched. ‘So, the two of you and three kids?’ the guard asked while feigning interest in the human contents of the car-van. ‘Yes.’ ‘Any alcohol?’ ‘Six bottles of wine.’ ‘What size?’ Size? Did it matter what size they were? ‘Uh, the 750ml bottles?’ ‘Any weapons?’ ‘No.’ ‘Welcome to Canada.’

And we drove on; our little red house in Calgary but a couple of hours (ish) away.

Shortly after 8pm, we turned into our neighborhood. ‘We’re home!’ the boys crowed. We hobbled out of the car-van, set our feet, tenderly, upon the sidewalk and limped to the front door. The (5) flowers had grown. The grass had not. Gotta love living in a place where you don’t have to mow more than once a month. The house had the stagnant smell of a dwelling isolated from fresh air.

We unloaded the van. The boys played. The professor vacuumed the car-van’s interior with a look of horror upon his face. ‘We’re definitely not ready for an RV,’ he sighed as he dug handfuls of markers, toys and crumbs from various hiding places.

It had been 22 days since we left. We had driven over 5000 miles; slept in 9 different places. The neighbor’s dog had doubled in size. And our Percy had morphed from baby to little kid. 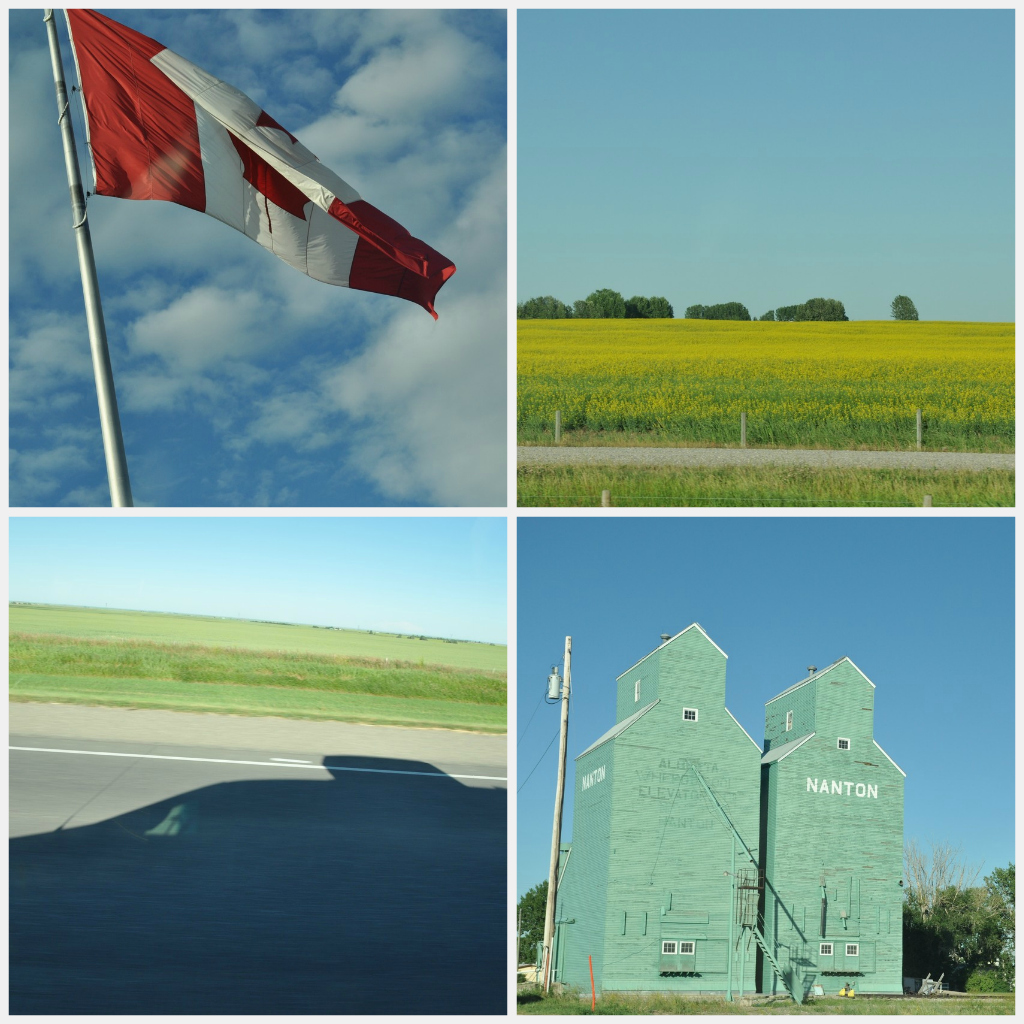