Late this morning, the Hen begged me to let him paint. I was caught off-guard and my usual arsenal of reasons-not-to was empty, so I had to say yes. I squirted dollops of acrylic paint onto clean yogurt container lids and handed him a stack of trimmed cardboard box ‘canvases’ and a paintbrush.

A couple of minutes later, he called me over to look at a portrait he’d painted. Of me. He’d never painted ‘people’ before; wild, colorful blobs and rectangles, yes. People? No. This was a definite milestone. (If one of the more obscure milestones.) ‘Your hair is gray-ish,’ he announced, referring to the color he’d selected for my portrait. He’s observant, that one. 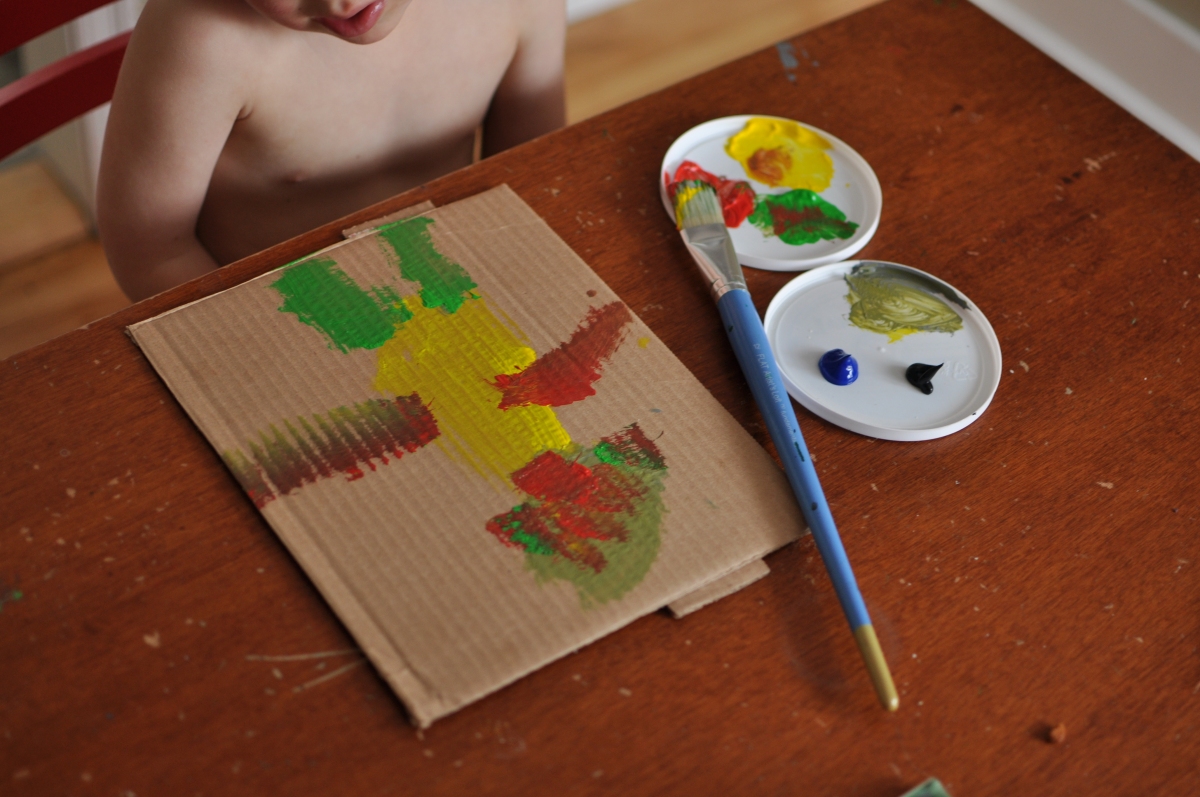 Late afternoon, I sat in front of the computer checking email. The baby of the family walked into the office and pulled the door shut, whilst saying ‘bye-bye’ and waving with his free hand. It was crystal clear, unmistakable (and thoroughly undocumented by camera or video). He said it as though he’d been saying ‘bye-bye’ all his life. Which, he hasn’t. He says exactly one word: ‘ma-ma’. Depending on his enunciation it means ‘mom’ or ‘more milk’. Or ‘ma, more milk!’ (like Will Ferrell in Wedding Crashers) if he’s feeling punchy.

But today he busted out ‘bye-bye’, seemingly out of nowhere. It made me wonder what other tricks he has up his sleeve…