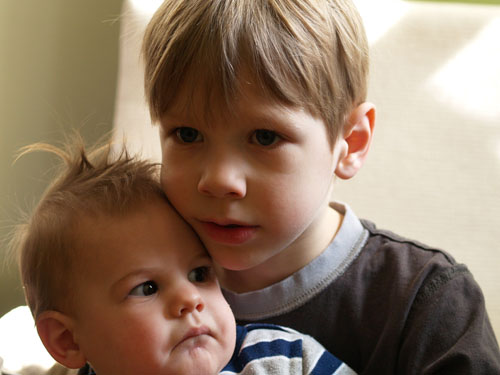 I was at the Superstore on Monday. To take advantage of the (50% off) Easter candy. Because I hadn’t eaten quite enough during the week preceding Easter. Apparently. As I steered my cart away from the Cadbury Mini Eggs, I overheard a seventy-something lady commenting to the guy standing beside her.

‘You keep these in a cool place and they’ll last a year…at least,’ she advised him. ‘These’ being mini chocolate foil-wrapped eggs.

I’ll remember that next time an elderly person offers me candy.

The Gort’s Kindergarten teacher, who has been on leave for several months, stopped by the school earlier in the week to see her students. ‘Did you tell her that you’d missed her?’ I asked my oldest when he told me he’d seen her in the hallway. ‘No, because I didn’t.’

‘He took a diaper and threw it in his brother’s face,’ the professor reported after I’d inquired about this evening’s pre-bedtime weeping. ‘Point blank….just threw it in his face,’ he murmured; trying to come to terms with the ridiculousness of a six year old boy, while preparing simultaneously to say something along the lines of ‘I would have never done something like that.’

‘Didn’t you shoot your brother with a bb gun?’ I asked before he could set himself apart as a paragon of older brother-ness. ‘At point blank range? And weren’t you older than six?’

‘It was a pellet gun,’ he corrected me. ‘And we were like in high school.’

Ah, well never mind then. I guess I didn’t have a point.

2 thoughts on “Things that are funny”