While Mr. Johnson certainly appreciates the money I’m saving by cutting our cherubs’ hair, he makes no bones about the fact that I’m no master stylist. ‘It looks pretty good,’ he said after my most recent attempt. And then he paused as he glanced at our oldest son: ‘what happened in the back?’

So it’s little wonder I’m hardly chomping at the bit to tend to his coiffure. With friends like these, who needs enemies?

We both got our hair cut in Indiana, two months ago. And, thanks to my perpetual hair accessory, the rubber band, it’s impossible to tell if my hair looks good or bad. It always looks the same. But the professor’s hair has gotten long. And he’s run out of hair product. It’s turned into something of a hair emergency.

He had lunch this week with a poet at the university. The poet paid him a ‘compliment’; remarking that Jason seems remarkably ‘normal’ or ‘down to earth’ for an architect. Because in the poet’s experience, apparently, architects tend to be rather particular about their appearance; clothing themselves in smooth uniforms of black, paired with funky eyeglasses. Not, hypothetically speaking, ratty baseball caps, zip-up sweaters, and a week-old beard.

Jason relayed the conversation to me and we chuckled at the implication. But it begged the question, which I asked: ‘at what age do you think you’ll stop wearing a hat…and I don’t mean on the weekends, I mean during the week…to work?’

At which he protested, ‘I have to wear a hat…my hair looks terrible.’

Fast forward to the hair care aisle at the Superstore this Sunday evening; when a pair of clippers finally made its way to the Johnson family shopping cart.

Once the kids were in bed, he opened up the package. ‘Are you up for this?’ he asked. ‘Sure,’ I said, ‘but I’ve never used clippers.’

‘Oh boy,’ he mumbled. And proceeded to give me a quick tutorial on the appropriate way to use clippers. This after he’d recently told me about a colleague of his who’d been the victim of runaway clippers, and ended up with a head full of bald patches.

I started out a little tentatively with the #3. My main goal was to prevent the diseased scalp look, I figured if there were long pieces I could always trim them with my fancy shears. Afterwards. That went well enough, I must say, though I was careful not to sing my praises out loud. 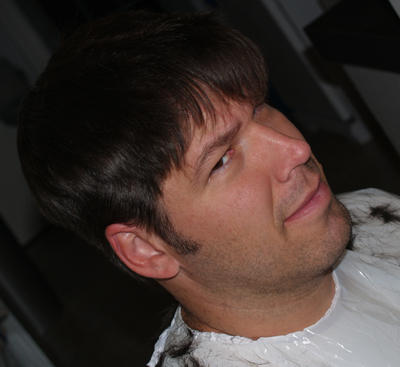 Which was smart on my part, because then came the top part of the hair. Mr. Johnson has had something of a faux-hawk-ish look for quite some time now, and I really didn’t know how to approach the mound of 3 inch-long locks. I used my shears to trim off some of the length. But it was still too long, mostly because I was too scared to cut a lot off. Then I reverted back to the clippers. This time, the #4.

It started out okay, but suddenly, within mere nanoseconds, the hair went from long and even, to choppy and patchy. And short.

‘Don’t look in the mirror,’ I cautioned as I grabbed my shears and attempted to even things out. At which point he rolled his eyes and muttered ‘great’. As I trimmed, I couldn’t help but sing my own version of the Chicago lyrics ‘I cut a lot of hair and I don’t wanna let go.’ Then I allowed him to look. ‘It’s not too bad….but what happened here’ he asked, pointing to the landing strip I’d created in the middle of his head.

‘I’ve no idea,’ I replied, going for ‘honest’ over ‘defensive’. He sighed and grabbed the shears for a little self-correction. ‘It’s not bad’ he managed to utter again, ‘I’m just trying to get rid of these horns.’ As he pointed to the devil-horns on either side of his head for emphasis. ‘I know’, I empathized. ‘I just don’t know what happened.’

I figured I’d done all I could, and swept up the hair. ‘Thanks,’ he later said as he walked past me on the way to the shower. ‘Oh, don’t bother thanking me now after you ridiculed my efforts,’ I replied. 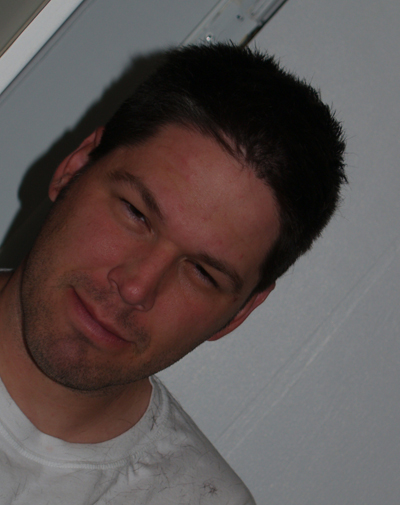 12 thoughts on “The Barber of Seville”